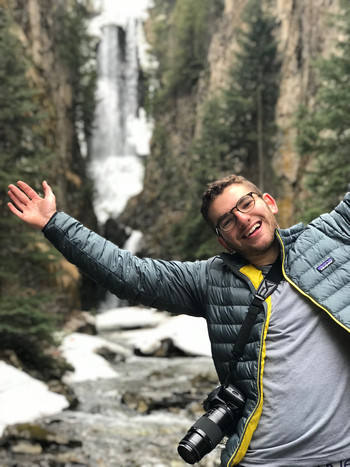 Each year since Austin was probably two years old, he’s expressed a different thing that he wants to be when he grows up. First it was a cook. Then he wanted to be a ski instructor. By seven, he came to the conclusion that he was still thinking. By eight, he was going to be an astronaut. And by 12, he was back to ski instructor. When 17 rolled around, Austin picked up a camera. Since then, Austin has wanted to become a photographer. At 22, Austin is a photographer, but he’s surely still thinking as to what he wants to be when he grows up.

I’ve loved learning from brilliant artists at Santa Fe Photographic Workshops, Maine Media Workshops + College, and Chris Burkard Workshops. I’m a graduate of Colorado College in Film and Media Studies. My work is included in numerous private collections and has been displayed at a number of galleries in Cleveland and Telluride.